The recent JP Morgan Chase fiasco is in a line of major trading losses at financial institutions within the last thirty years, from Drexel Burham Lambert (1990) to Salomon Brothers (1991) to Baring Brothers (1995) to Bear Stearns (2008) to Lehman Brothers (2008) to Société Générale (2010) and latterly to UBS (2011). Since the financial collapse in 2008, we have had three major bank trading scandals.

In this era of financialization, other fiascos involved hedge funds, such as Long-Term Capital Management (1998) and MF Global (2011), or institutions accused of benefitting at the cost of clients, e. g. Goldman Sachs and Abacus (2010). In all cases, they arose from excessive speculative risk-taking and in some cases, fraud. Other crises hitting banks, such as the Royal Bank of Scotland and Dresdner Bank in 2008, stemmed from inadequate understanding of the subprime mortgage market. Control of credit risk is a prime requirement of solid banking.

Past deregulation has unleashed a monster that is difficult to tame. Profitable routes which had been developed by mathematicians are not easy to give up. Excessive compensation encourages risk-taking.  The Volcker Rule, of which Jamie Dimon, the CEO of JPMorgan, has been the most vocal critic, prohibits proprietary trading at banks, other than for hedging purposes. This is part of the Dodd-Frank Act (2010) to introduce legislation governing the financial sector in the US. However, intensive lobbying to hinder the Act has been underway; a battery of lawyers has been engaged to find loopholes to bypass the rules. (Economist, Feb. 18, 2012) Perhaps the recent JPMorgan fiasco will render such lobbying less effective. Other than the Volcker rule, it has become obvious that credit derivatives need to be adequately regulated.

The response of the financial sector to the proposed legislation is not reasonable, nor responsible. It is an inefficient allocation of financial and human resources to propagate a deficient system, in a period of great human want. In the best of times, it would be wasteful. Today it is a tragedy. When intellectual, creative and financial resources are desperately required to rebuild our damaged economy and environmentally threatened world, productive energy is dissipated and financial resources wasted, in order to maintain a system that has become destructive. It is urgent to put Finance on a constructive path again.

As vital as legislation may be, it alone is not enough. Upon the passing of the Dodd-Frank Act, Christopher Dodd said: “We can’t legislate wisdom or passion. All we can do is create the structures and hope that good people will be appointed who will attract other good people.” (NYT, July 16, 2010) When will these good people start appearing?
Publicada por Maria Jose Melo Antunes às 02:21 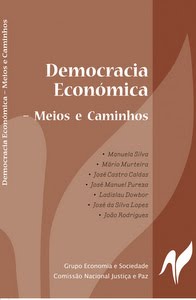 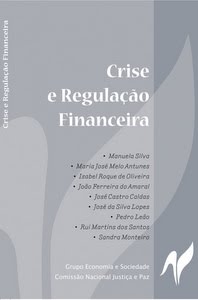